I have also talked about how 3D sensor equipment is becoming cheaper, lighter, mobile and how we might be able to use them to capture live 3D data on construction sites

So the idea is to put the two together, simple really. Take a swarm of quadrocopters equipped with 3D scanners and have them continually scan the site. Taking it in turns to fly or re-charge, transmitting their data to a base station on site which processes the information and makes it available for everyone involved with the project to use as appropriate.

I’m not the first to think of it but I am very excited about it and as a designer in the construction industry I would very much like to have the benefits these devices offer. There are of course many other applications for a swarm of scanning drones from major public event to support in environmental disasters. Right now I want to concentrate on a few things we could do on a construction site.

So the aim is to maintain a live 3D model of a construction site for various purposes.
The 3D scans can be used for dimensional and interface information for use by design and construction teams. The video below is an early example of quadrocopter scanning using the Microsoft Kinect

Why not use standard 3D lazer scanning? Its currently employed on construction sites and is far more accurate.
Existing site scanning methods tend to be a one off or infrequent event. Yes it is far more accurate and could still be used for areas of special concern but it is the frequency and mobility of the scan that can be achieved by autonomous flying drones that we are interested in here. A continuously updated construction site model has an abundance of benefits over static tripod scanning.

A designer could visit the site remotely by donning a full virtual reality headset such as the Occulus rift or the Avegant Glyph . They could see and manipulate the site scan, the BIM model and their own 3D model of a component to be installed. The designer could also see a live 3D feed of the installation team on site and support them accordingly. The site team could also have a similar level of information available using augmented reality glasses such as the Meta Space glasses or Vuzix M2000AR .
To get some idea of how this can work on site, take a look at the video below by Bently innovation

Overlays of the site scans against the Building design model can offer real time progress information and quality control. Making sure the right items are installed in the right location and installed correctly. If you watched the video above you can see how components can even guide the installer to the correct location, you could feasibly include all the relevant information about the installation of that item. As built information and details could be generated automatically, information gathered can be used to sign off and hand over completed areas of work.

Of course if you then have both the remote teams and the site teams equipped with VR and AR then you could have a virtual site meeting. Imagine a video conference but with each party represented by a full live 3d scan.

The video below goes some way to showing how remote collaboration can work in a virtual environment. Bare in mind this was done with off the shelf Kinect sensors in March 2012, since then both hardware and software in this sector have been moving at an astonishing rate. Also the subject matter of the collaboration is not important, it is the principal. I will try and find some more up to date examples soon.

Over and above greatly improved design collaboration, quality control, programme monitoring etc… A construction site monitored with a swarm of quadrocopters, hard had mounted sensors and location monitoring would offer great improvements in site safety.

Take, for example, a worker about to use some scaffolding. At the moment there is a system of “scafftags” where the scaffolding is inspected regularly and a tag is signed off to show it is safe to use. This then relies on the site worker checking that tag before using the scaffolding.
If the worker were equipped with an AR display it would be able to provide them with warnings, red or green lights to proceed. Additionally the site workers around the person approaching an unsafe area could have their attention drawn to that worker. So even if someone chooses to ignore warnings and move on regardless, then those around them would immediately be made aware of the hazard and be able to intervene.

It may sound a bit Big brother but hazardous areas like construction sites may be the first places to get approval to use such drones as their employ could greatly increase site safety, reducing accidents and improving efficiency all round.

One thought on “Quadrocopters, VR and AR in Construction” 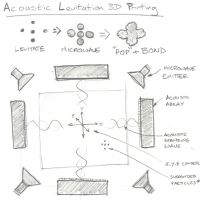 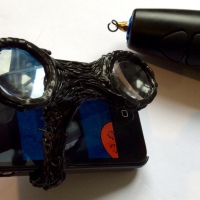 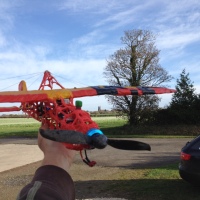 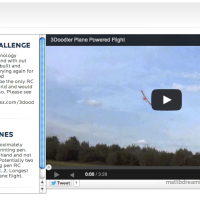 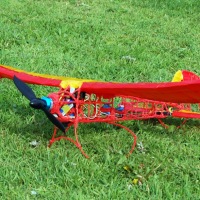 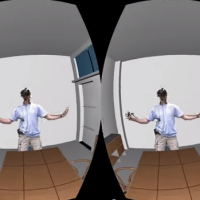